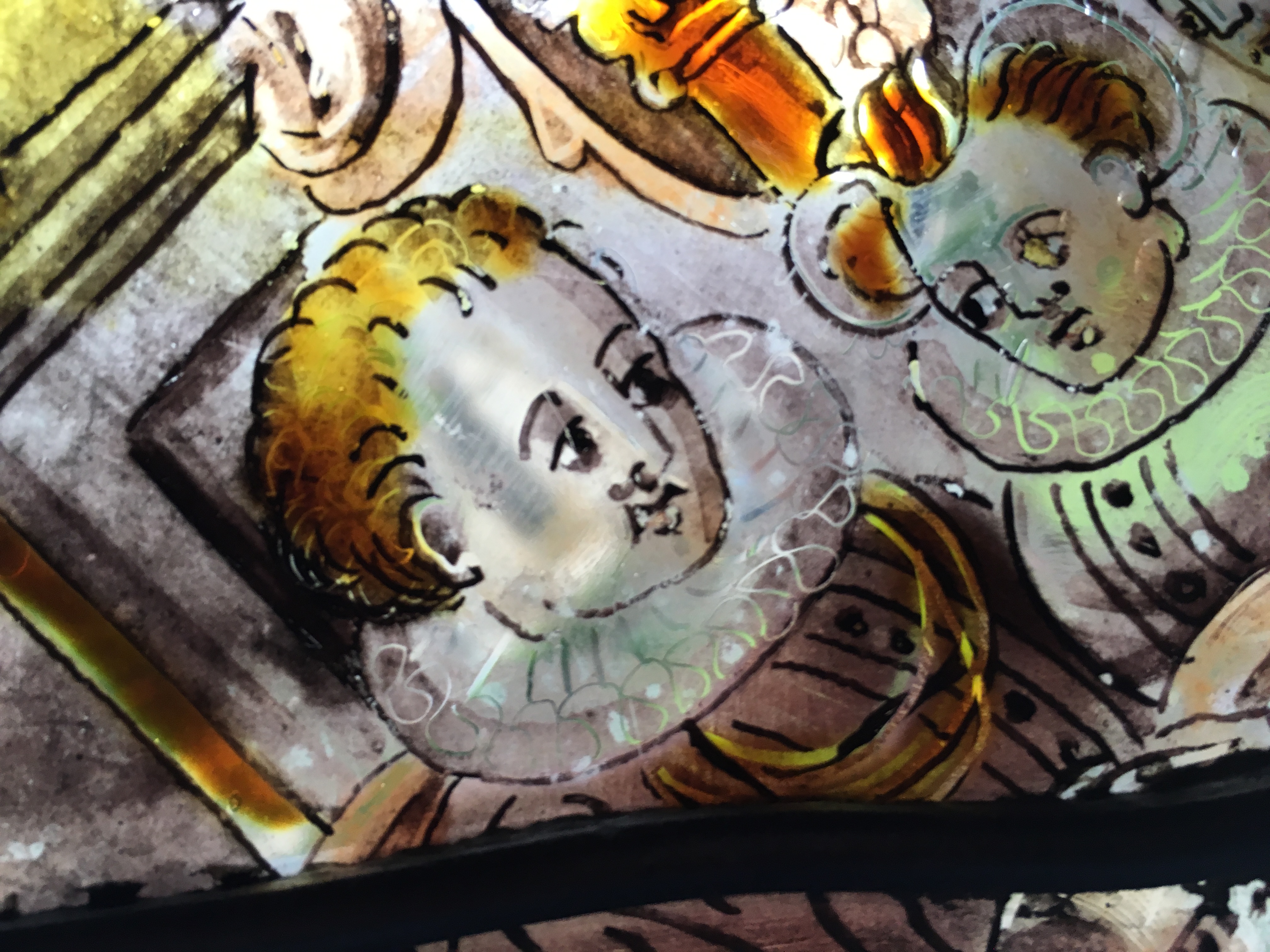 Roundels are small glass wonders which display detailed draughtsmanship and rich subject matter. They use light as the main medium for enriching an interior and are a delight to behold in any setting. Over the years I have been lucky enough to work closely with collections of these artworks and help preserve them for future generations.

Netherlandish-style stained glass roundels are different from regular stained glass windows or panels. While stained glass windows usually use the whole space of the window, multiple pieces of glass and sometimes a building-wide scheme to create scenes, tell stories and depict figures within an architectural framework, roundels have a whole scene depicted on one piece of glass. This scene is painted much like an artwork on canvas rather than pieced together out of multiple glass shapes and can usually be viewed alone outside of a narrative scheme.

The roundel appeared as a new form of art in the late 15th century. Vitreous paints and silver stain were applied to the single glass pane to create a detailed scene in grisaille style. They had scenes painted on round pieces of glass and focus on one particular scene in a biblical story, a folk-tale or even a song. This approach to painting (grisaille simply meaning to paint in monochrome) reflects the printmaking and woodcut tradition of the Low Countries, where they were first created.  The style developed in Northern Europe and was particularly popular in the Low Countries – the most popular artists such as Dirk Vellert and Jan Swart van Gronigen hailed from Antwerp and Brussels. Hence why they are often termed as Netherlandish Roundels. Because of their style and the prominence of art being produced in the Low Countries at that time it is likely that they were marketed in the same way as commercial panel paintings and mass produced. It was more common than ever for people to decorate their homes with art and these glass roundels were popular in many homes and other secular buildings as well as some churches.

Roundels made their way to England imported by rich individuals and popularised by an interest in European art and the Renaissance. Part of its success was likely due to changes in subject matter in post-reformation England and a change in the focus of patronage from Ecclesiastical to Secular buildings and subjects.

The roundels were traditionally and most frequently housed in clear glass settings. Throughout the nineteenth century however, glaziers like Samuel Yarrington from Norwich were looking for  more artistic ways of setting these small panels into windows and created colourful, decorative and geometric borders and backgrounds for them. This approach can be seen in a number of churches across Norfolk and Suffolk and has also been adopted in the St Michael and Our Lady’s church in Wragby, Yorkshire (found in the grounds of National Trust property Nostell Priory) and St Mary’s church in Churchgate Street, Old Harlow. Sometimes they also include medieval fragments and later portrait style panels of the 17th century – as in the case of Churchgate Street (pictured).

Throughout the centuries this style developed in size and colour into narrative panels which more closely resembled full-scale stained glass windows.

In 2016 I conservation cleaned the stained glass roundels in Treasurer’s House, York as part of the house’s yearly preventive conservation schedule.

Frank Green was an avid collector of antiques and lived in Treasurer’s House between 1897 and 1930. He filled it with things that he loved and at became a treasure trove of historical artefacts. He bought at least one – maybe more – of the six glass roundels in the house from an apparently well-known Dutch Antique dealer, Mr Van Staaten. Frank correctly presumed that these panels were from the Low Countries and although we do not know the artist or exact date of the roundels we can date them based on the costume of the subjects.

This is likely to be the earliest of the collection of roundels with the others dating from the 1600-1700s. The date has been decided based on the Tudor style of the costume. In this one scene there is a great deal of detail and successful display of perspective. The roundel measures approximately 25cm high. It has had some previous damage in the form of cracks which have been secured with mending leads but the paint appears to be stable and does not suffer from loss.

Standing in a field before a thatched house these men are likely to be farm hands – one holds a pitchfork.

This panel is the most damaged with replacement pieces and lots of mending leads. The paint is faint and it has suffered from paint loss in the past. The woman has been identified as St. Catherine as she  has a broken wheel and sword at her feet.

An armoured man dressed in plumed helmet and gauntlets holding a spear. In the background is a church and rolling hills. This panel is in the same style as the ‘Crowned Woman’ representing St Catherine so he could also be a saint but has not been identified. This panel has lots of cracks and mending leads.

Before cleaning all of the panels had accumulations of dirt and dust which had gathered on the surface, especially along the sides of the lead. The National Trust cleaning approach for cleaning painted glass is rolling cotton buds over the surface of the glass. The cotton bud had been soaked in distilled water.

It was essential to carry out a spot test on the painted glass in a discrete area to ensure that the paint was stable enough for cleaning. This was done 24hours before the full clean. It gave us the satisfaction of knowing that the paint was indeed secure enough to clean using this approach and that no adverse affects had occurred in the intervening period after the glass and paint had dried.

The conservation cleaning took several hours, carefully rolling the cotton buds over the surface of the pane, paying particular focus to the areas close to the mending leads. The result was satisfactory and the majority of the dirt was removed. As can be seen from the detailed images there are some remaining spots of built up surface dirt. In cases such as this it is inadvisable to attempt to remove them because this pits the paint underneath in danger of being removed and lost.

It was a treat to work on these lovely panels and aid their survival onto the future. Although it may sound easy to carry out the work I have talked about in this post please leave conservation cleaning to trained professionals. 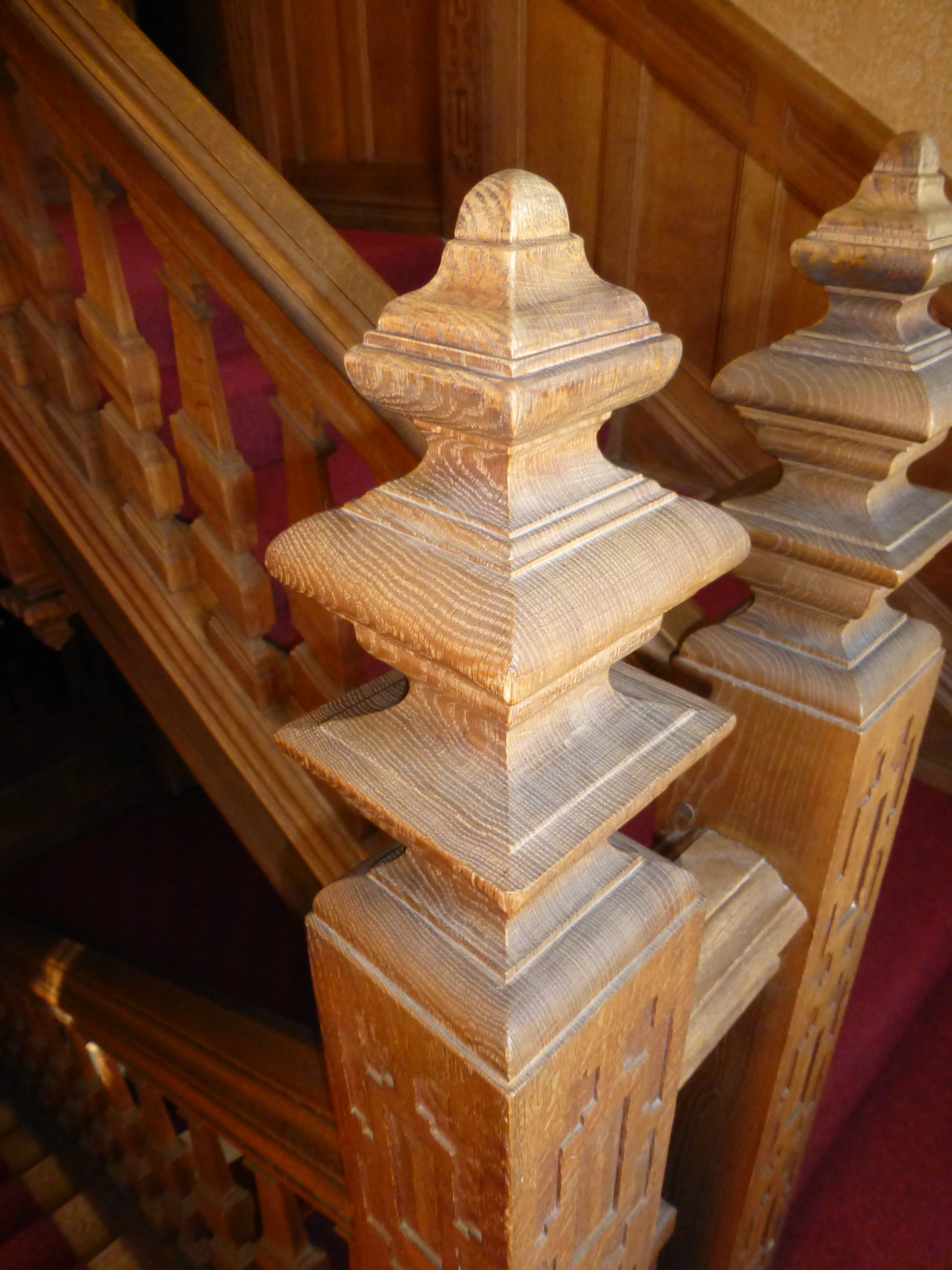 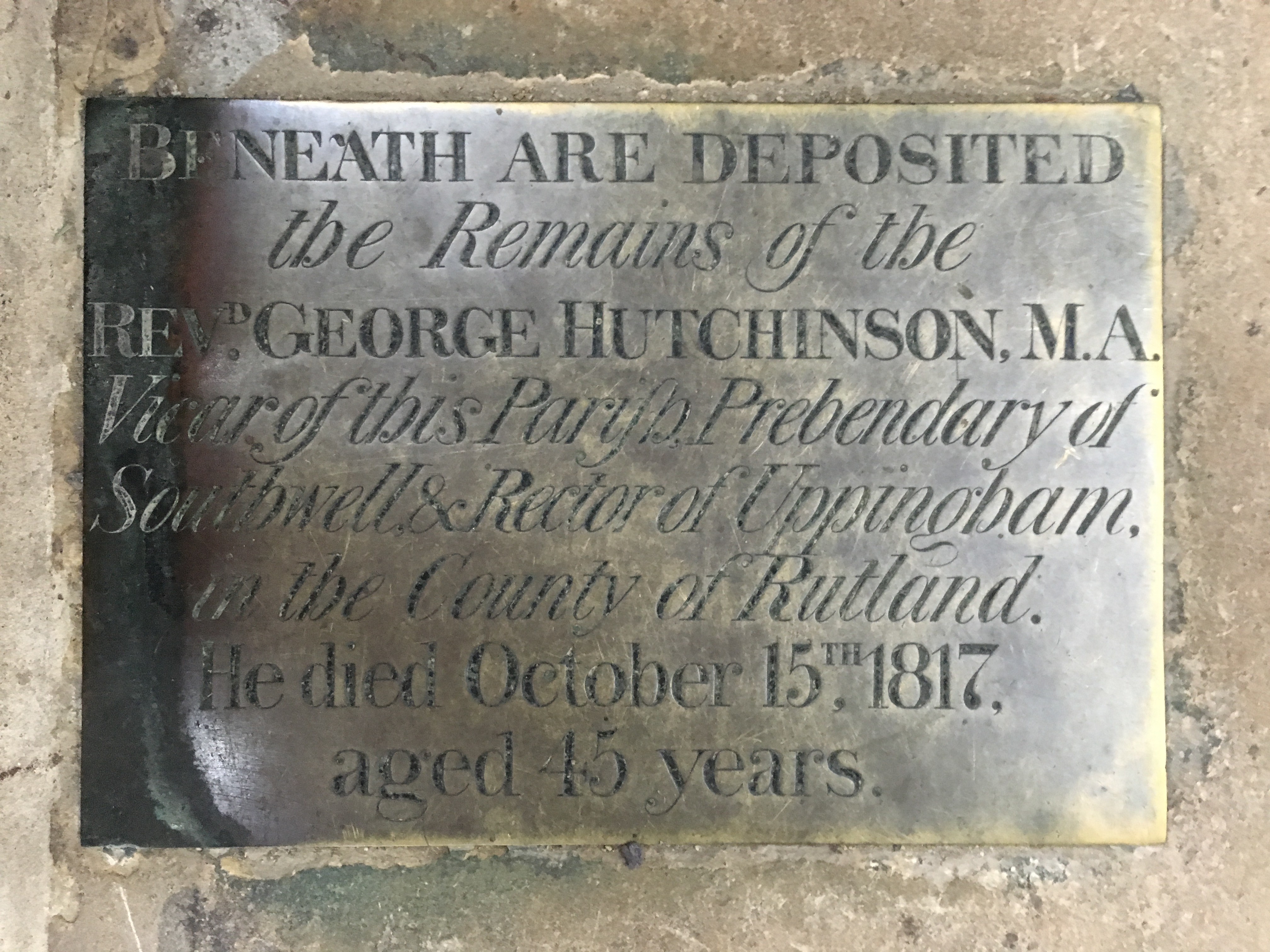 Don’t be brash with your brass!