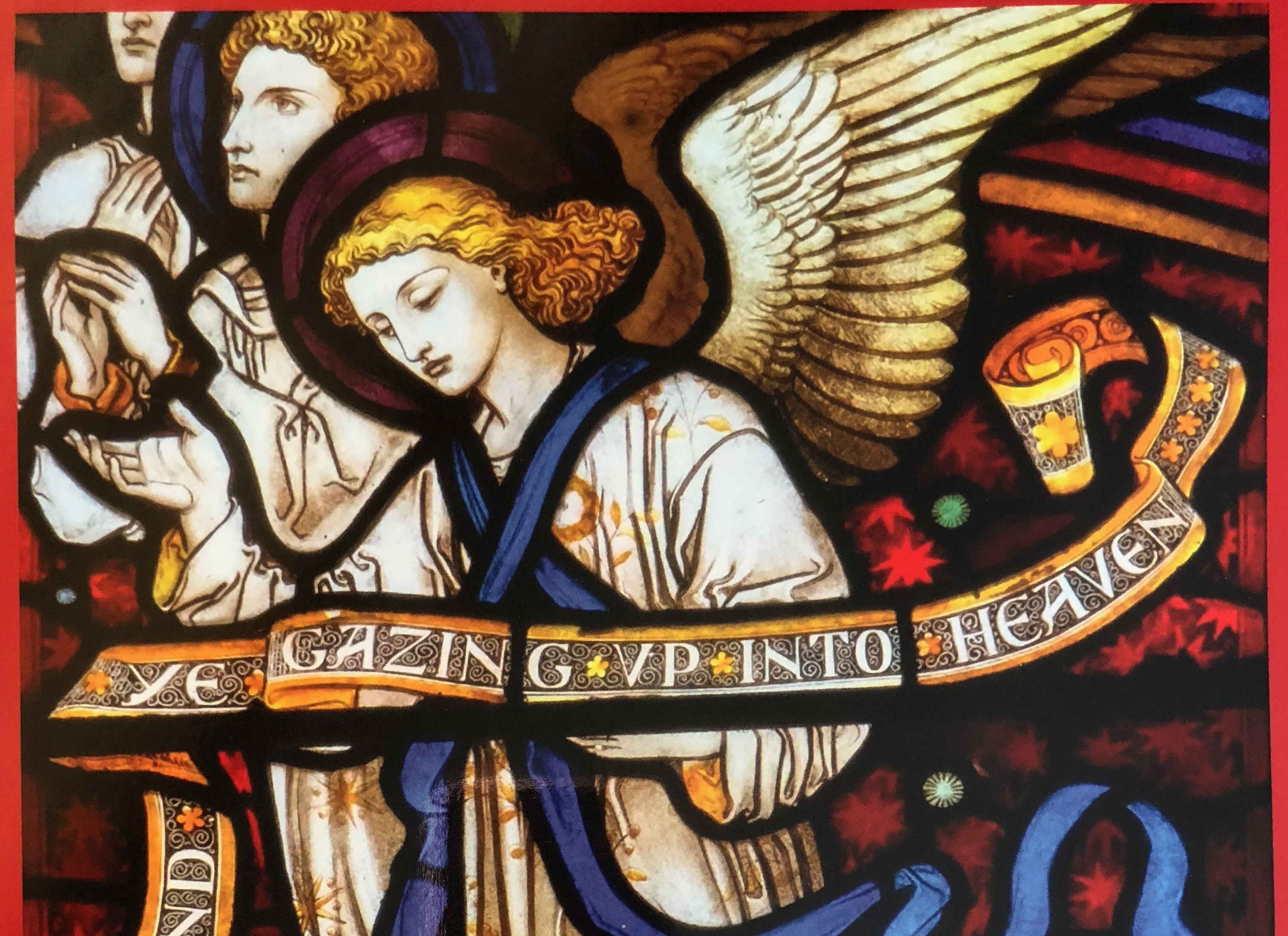 A guidebook complete with full coloured photographs by Rachel Arnold

All Saints’ Church in Stamford is home to twelve Victorian and early twentieth-century stained glass windows of exceptional quality by internationally renowned artists of the period. This book explores their history, iconography and significance using detailed photographs, archives and historical research.

Available to buy via Amazon or PayPal:

The town of Stamford in Lincolnshire is well-known for its antique charm, boasting over 600 listed buildings and five medieval churches in its centre. In 1967 it was declared the first conservation area in England.

All Saints’ Church dates from the twelfth-century with some stone-work surviving from this period on the east side. Regular building phases followed – as with most historic buildings – but the most significant was in the fifteenth century when John and William Brown – two prominant merchants – paid for a huge reconstruction of most of the church, including the construction of the present tower. Between the Brown building phase and the Victorian period little is known about building or restoration work that took place. This includes the decoration of the interiors and installation of stained glass. Small fragments of stained glass do survive however and I conclude that the church would have contained a full scheme of medieval stained glass much like those that can still be seen in churches in York, Long Melford and Canterbury.

The existing stained glass of All Saints’, Stamford was installed over a period of sixty-two years; from 1874 to 1936. It is diverse in colour, design and iconography and showcases work from some of the most well-known and talented stained glass artists of the period. Surviving documentation is sparse, with only two mentions in the local newspapers and four faculties in the diocesan archives.

The intricate detail of the windows and their diversity encouraged me to continue my research. I discovered so much that was worthy of interest and a lot of exciting information. Along the way I contacted archives, organisations and experts but none of them had any information that shed any light on the history of the creation of these windows. Eventually I began to piece together a story of wool merchants, americans and rich bankers. It seemed that family ties did a lot to influence the purchase of individual windows and these could only be discovered by following unexpected and less obvious routes.

I really enjoyed researching and writing about these windows and hope that you enjoy reading about them.

Scroll down to see more of the detailed photographs and order the book using Amazon or PayPal: