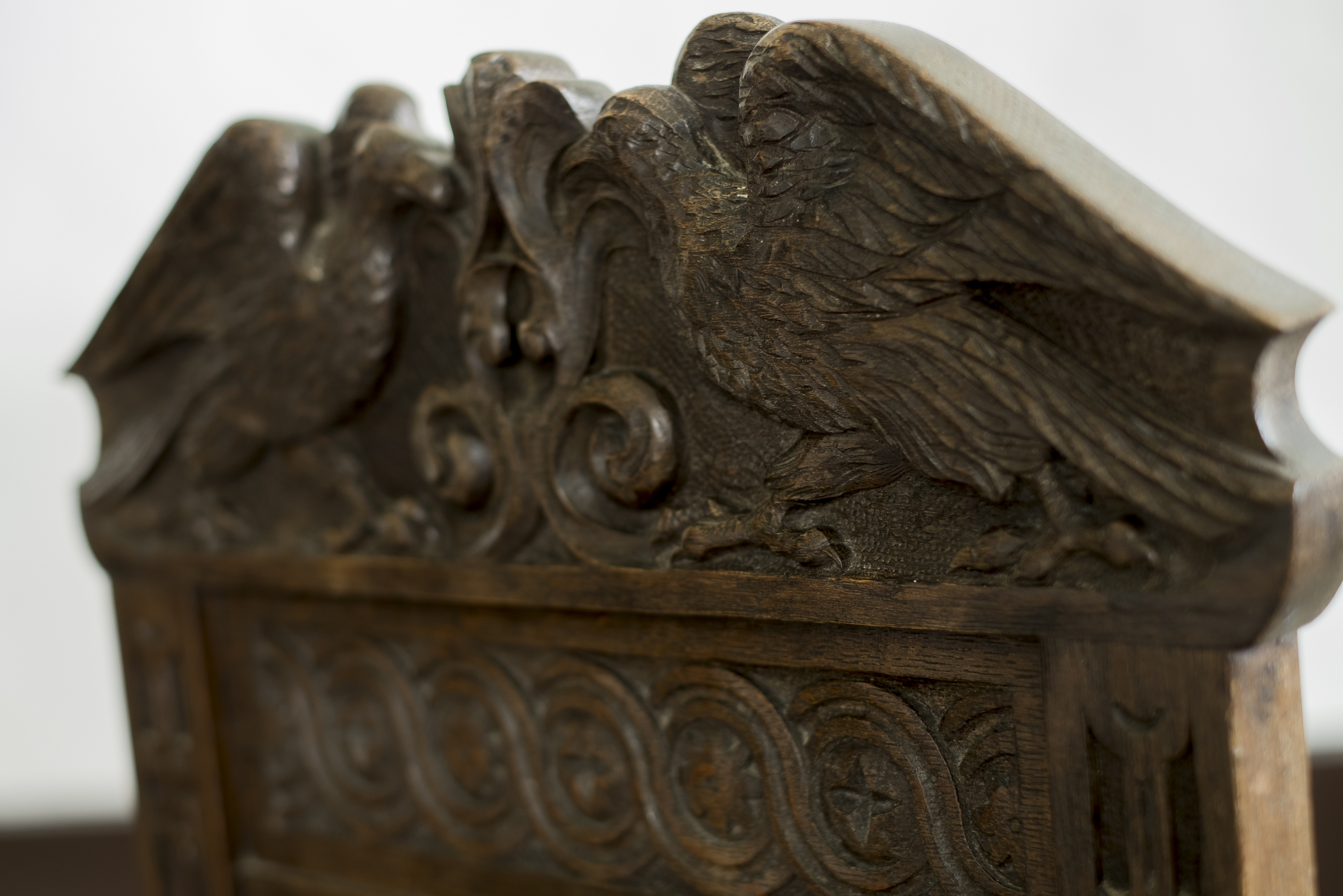 In 2015 we received a letter expressing deep concern about the whereabouts of a pair of chairs which had been donated by an ancestor of the letter writer. She had been to Allerton Mauleverer church and not seen the chairs. She wanted to know where they were! In some confusion I set about their discovery.

The wooden chairs in question were made and presented to the church by ‘M.E.A. Houfe’, in memory of her mother and father, in 1902. They have beautifully carved backs, with intricate patterns and details of birds. The Houfe memorial chairs had been almost forgotten sitting in their cupboard at the church of St. Martin, Allerton Mauleverer for decades. They had been placed there for safe-keeping because an earlier custodian had thought them too precious to leave on show in a building which is open every day of the year without a constant steward present. They were grimy, dusty and faded, in desperate need of waxing and releasing from their prison! I quickly gathered together my equipment and gave them a thorough condition assessment. After seeing there was no evidence of pest invasion, structural instability or damp I continued with restoring them to their former glory! I brushed, swabbed and waxed until they were looking splendid and ready to face the elements again. It is important for the survival of such objects to keep on top of their maintenance going forwards from this because accumulation of dust can have negative effects on the surface of the wood. Regular dusting and keeping up with a yearly but light application of natural wax for wood will help with this. The chairs now sit either side of the altar and look imposing and stunning. I can’t imagine the chancel without them. Needless to say the Houfe family descendants were extremely happy with the results and went to see the chairs immediately.

It is worth noting that it was a personal choice to put the chairs out in the church – which is still open to the public every day with no steward present. The Houfe family descendants and myself believe that it is important that the chairs are in a visible position for every visitor to enjoy, despite a small risk of theft or vandalism. 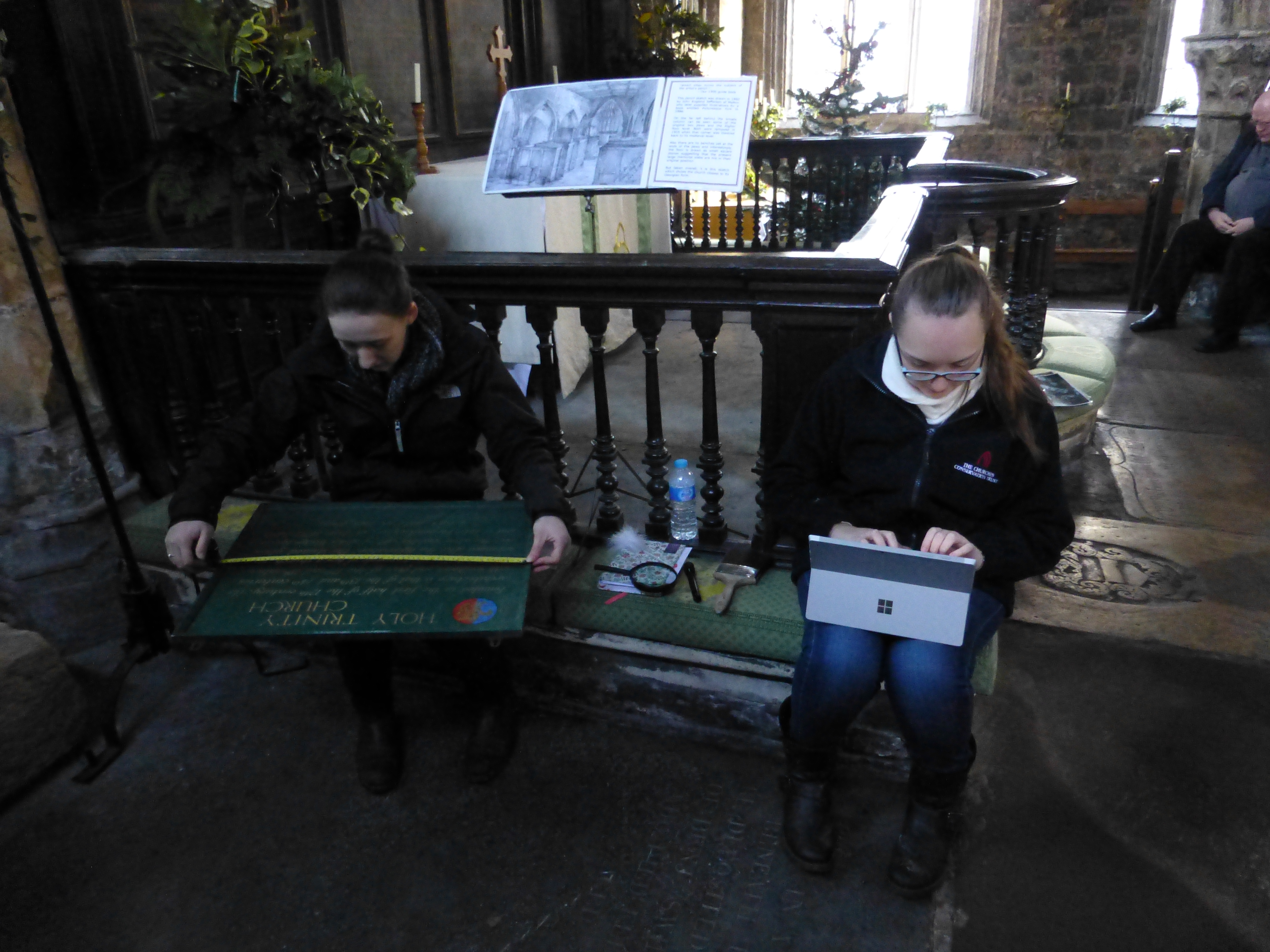