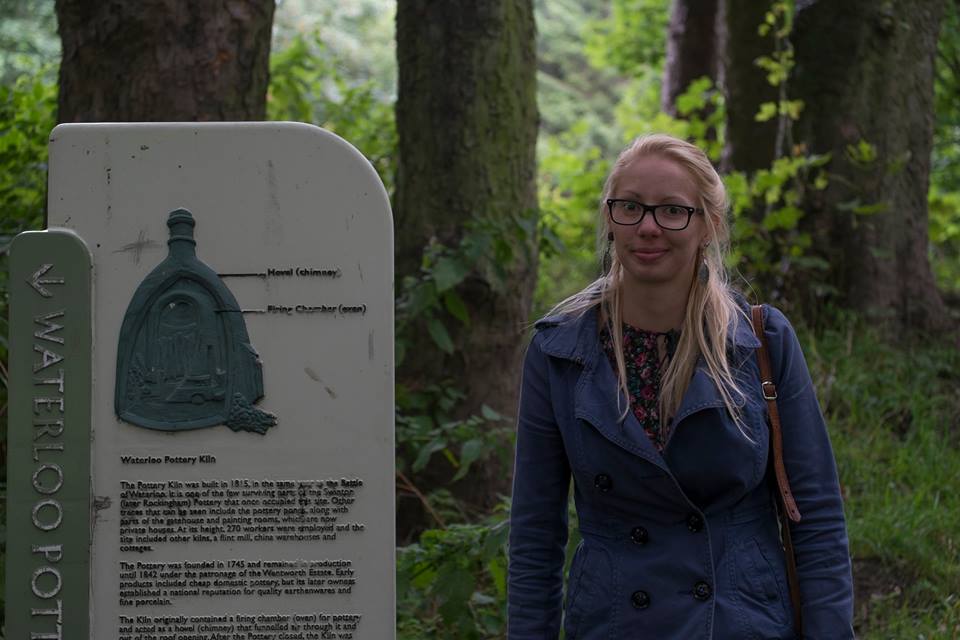 Visiting the demolished site of the Rockingham pottery factories in Swinton, South Yorkshire, has been on my to-do-list for a few months. Earlier this year, when I conserved three beautiful Rockingham vases, I found out quite a lot of interesting history and information about the firm. Most notably I discovered that although the majority of the factory buildings had been destroyed by 1910, the Waterloo kiln, a gatehouse and the pottery ponds can still be seen today.

These remains can be found quite easily in Swinton, on Blackamore Road (S64 8UX), there is a small car park which is open for use by visitors. Following a public footpath at the back of the car park, across a field I caught my first glimpse of the gigantic Waterloo Kiln. I was immediately overwhelmed by the sheer size of the construction and its bottle shape. It was built in 1815, named after the battle of Waterloo which occured in the same year, is made of brick and would have been used to fire pottery, the bottle shaped top allowing air to be funelled out. Despite reading about the existance of this kiln and the site surrounding it, I was still surprised by the evocative and slightly haunting feeling of a strong connection with the past. This was made all the more real having worked so closely with some of the pieces which could have been made in that very kiln!!

For more information on the kiln and its list entry on Historic England, here are some helpful websites:

To read more about my conservation of the Rockingham vases click here. 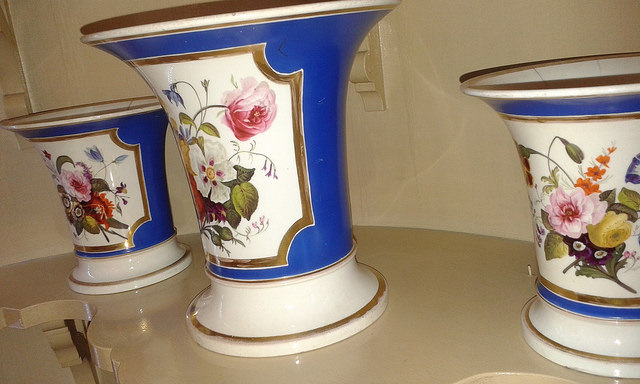